Today, we'll be looking to the past to discover the future, analyzing 120 years of Olympic data to better understand the Games and athletes as a whole. 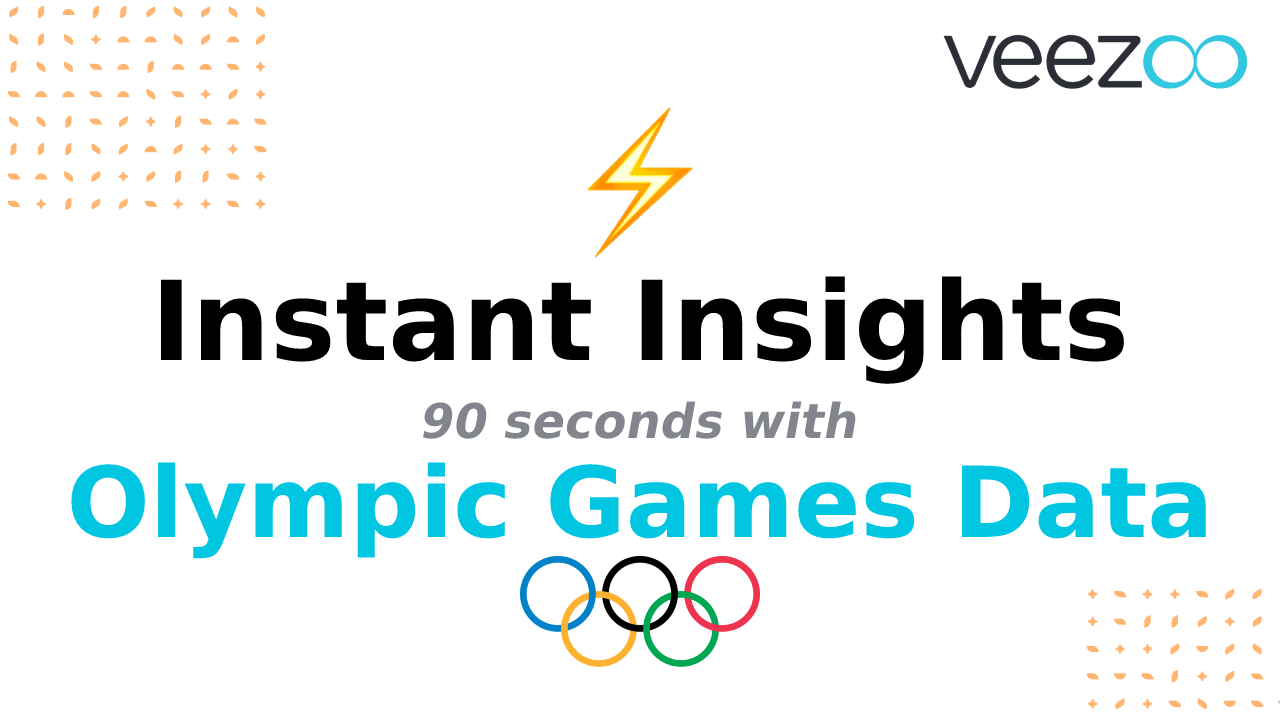 The Olympics… despite everything going on in the world these days, the Games carry on. And regardless of how anyone feels about the conditions, it is impossible to deny the thousands of hours of blood, sweat, and tears that have gone into every hopeful’s one shot at Olympic glory. In honor of their unimaginable effort and commitment and because of the increasing role of data and sports science in the makings of an Olympic athlete, we thought it could be fun and informative to dive into a bit of Olympics’ history with a 120 year snapshot of all things Olympic Games.

And what better place to start than with the athletes themselves? For instance, maybe you are interested in how female participation in the Games have increased over the years. Just ask Veezoo “How did the percentage of female athletes change over time?” and you’ll see just how far we’ve come.

Or maybe you’re curious what your average male Olympian looks like? A quick question like: “Show the average height and average weight by Sport for Men for 2016”, and you have your answer.

Same with the “average age by sport” which is always interesting.

But athlete demographics isn’t what gets fans to tune in. No, the Olympics are the epitome of competitive spirit – and that means medals. They are all about proving supremacy over a sport and the field and chasing what every Olympian dreams of: Olympic Gold.

And what everyone really wants to know is: who’s the best?

Well, if you asked Veezoo “Which nationality has the most Gold medals since 1950?”, you’d find out it was the USA.

And if you were just interested in medals from Winter Sports, you could break it down way too and see “What percentage of medals went to each country?”

Want a more in-depth view of the US? Just ask a follow up question like: “How many gold medals for the USA by year?”

You can even get “Cold War” competitive and “Compare that with Russia.” Want to add others? Three more clicks and you’ve added Germany, China, and the UK to the race.

But no analysis of the Olympics would be complete without examining its most prolific participants. And while we all probably know Michael Phelps holds the record for the most Gold medals of all-time, what about the rest? 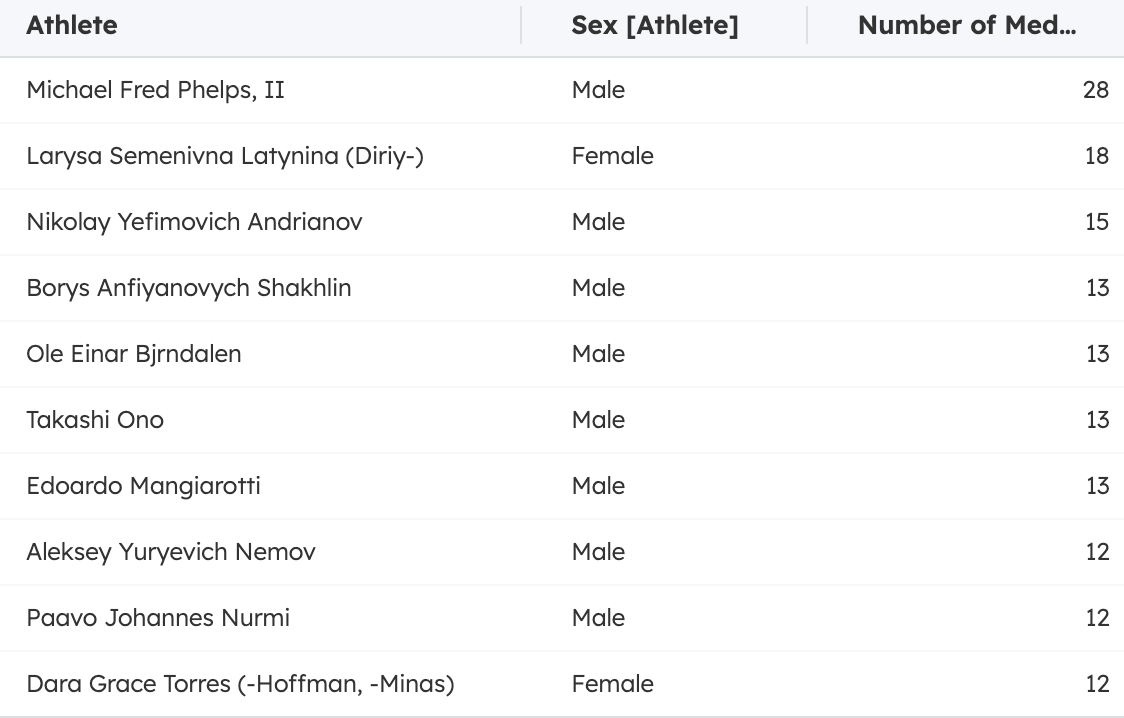 Or, narrow it down to just US athletes. Follow up questions are great for that. 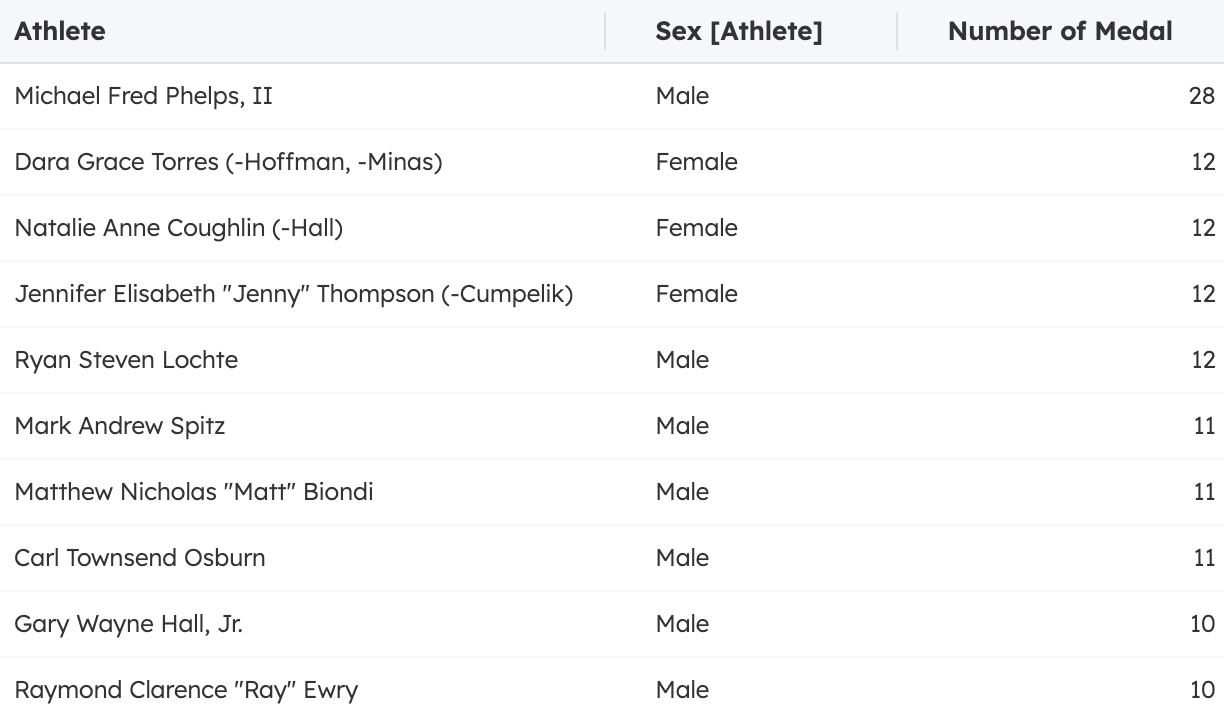 Just like finding out which events Michael Phelp has Gold medaled in in his illustrious career. 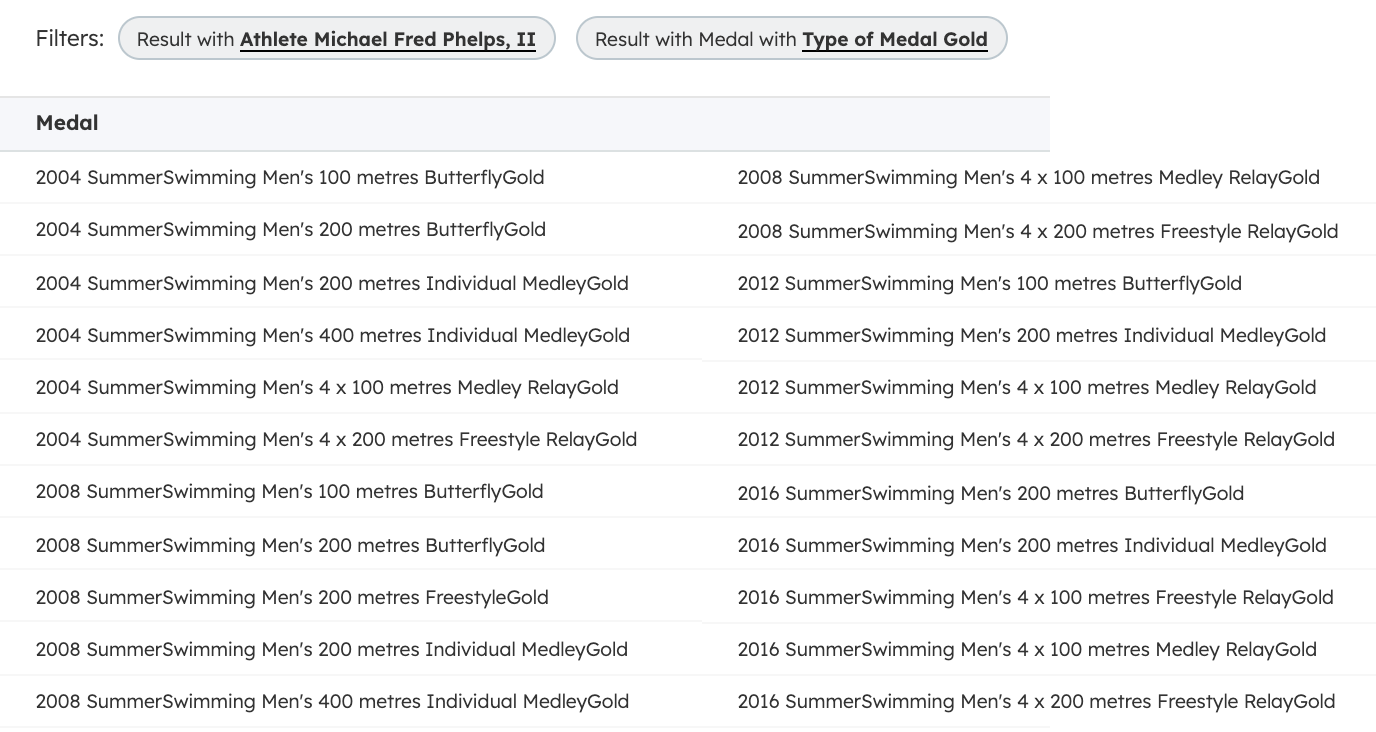 23 Gold medals. That’s impressive – just like the amount of insights you can discover with Veezoo.

And imagine… that was all in just 90 seconds!

So, what would you do with the power of data at your fingertips? Start your 14-day free trial today!

Get Started in Seconds

Connect your data to Veezoo and start getting answers. Discover insights from data by literally just asking in plain English.

Page load link
We use cookies on our website to give you the most relevant experience by remembering your preferences and repeat visits. By clicking “Accept”, you consent to the use of ALL the cookies. Read More
Cookie settingsACCEPT
Manage consent

Performance cookies are used to understand and analyze the key performance indexes of the website which helps in delivering a better user experience for the visitors.

Analytical cookies are used to understand how visitors interact with the website. These cookies help provide information on metrics the number of visitors, bounce rate, traffic source, etc.

Advertisement cookies are used to provide visitors with relevant ads and marketing campaigns. These cookies track visitors across websites and collect information to provide customized ads.

Other uncategorized cookies are those that are being analyzed and have not been classified into a category as yet.

Save & Accept
Powered by